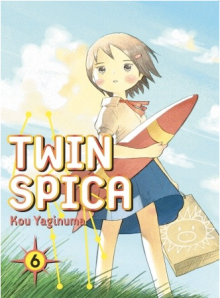 Anime Boston finished, and I had quite a bit of fun. I didn’t get to go to every panel I wanted, and I stopped in some I didn’t think I was going to see. I ended the convention with my normal feeling that, even though I did quite a bit, I didn’t really do enough.

But that’s not what this post is about. It’s about the manga I bought.

I’ve brought in some huge hauls from Anime Boston before, but considering how much I have to spend money on now (school, car, wedding, um, food) I didn’t get quite so much as that. But I think my buys were pretty good:

Pretty decent, I’d say. I could have caught up on series like Hoshin Engi and Rurouni Kenshin as well, but I couldn’t quite see how to fit it all into my budget. Aside from manga I only bought one anime, the Blu-ray of Summer Wars (got a free T-shirt with that one) and one figure, a tiny model of Going Merry from One Piece. (Yes, I bought a figurine of a ship.)

What do you think – did I do good? Was there anything you would have caught up on instead? Or, what else do you buy at conventions, if you go?